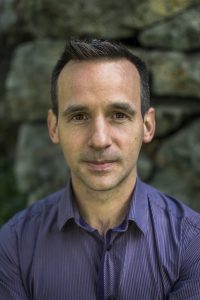 Peter Knudsen (1980-) started playing the piano and also began writing his own music at the age of 10, and discovered jazz and 20th century music as a teenager. At the age 20, he was awarded Ingvar Johansson’s scholarship for young jazz musicians.

He studied at the Music Academy in Gothenburg during 2001-2006 for Anders Persson, Anders Jormin among others. Under this period, he formed his own trio as well as the quintet Blåeld. The group released its debut album Aurora in 2006 (Footprint Records), featuring original compositions crossing the boundaries of jazz, pop and 20th century music. He also toured with the Zappa tribute band “Great Googly Moogly” in Swedish jazz clubs and festivals, as well as the German festival Zappanale.

Having worked for some years with adapting the music of Debussy and Ravel for jazz trio, Peter and his trio recorded “Impressions- a tribute to Debussy and Ravel” in 2008, released on Found You Recordings. During 2009-2010, the trio did two summer tours in France. The trio has also performed at Swedish jazz clubs, festivals and concert halls throughout the years. Peter has also toured with pop artists such as Tommy Nilsson, Mirva, JC and the Funk Machine.

In 2010, he launched the project “P-B revisited”, a quartet featuring Joakim Milder on Saxophone performing new arrangements of Swedish composer Peterson-Berger’s music. In 2011 and 2012, the group toured with the material and in 2014 an album was released, recorded in the composer’s home Sommarhagen.

His albums explore themes as diverse as French Impressionism, Swedish Romanticism, as well as his own compositions inspired by nature, literature and life itself. These can be heard on his octet album ”Sagas of the Present”, released by Italian label CAM Jazz and reviewed favorably by Down Beat, All About Jazz alongside European magazines. He was also commissioned to write new big band compositions for the acclaimed Stockholm Jazz Orchestra, resulting in the folklore-inspired suite “Nature Spirits”, with an album with the same name released by Do Music Records in 2019.

Since 2009, Peter is resident in Stockholm, and also teaches piano and ensemble playing at the School of Music, Theatre and Art at Örebro University. As part of a teacher exchange, Peter has toured in Brazil on two occasions with his Brazilian-Swedish trio featuring drummer Kiko Freitas. He is currently involved in a “Human meets AI” project with the research network CREA, involving jazz piano improvisations and an AI-powered ‘virtual drummer’.